According to the latest survey from the Nationwide Building Society UK annual house prices are growing at their fastest pace for 18 months.

The latest official house price figures for December showed a slight revival in the property market before the election. 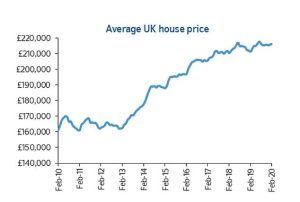 So, December was the first month since February 2018 that prices increased in all regions and countries.

Then, the number of homes sold rose in January 2019 to hit their highest in two and a half years.

The official figures forecasted a further sign of rise in the housing market. What did HMRC point out?

However, HMRC pointed out that transaction figures only settle after around three months.That means January’s figures reflect sales agreed in September and October.

”the HMRC’s data confirmed a trend already highlighted by other surveys – that the market picked up even before December’s vote.

HMRC’s report is the latest in a series of recent surveys telling a familiar story- release of pent-up demand began even before the election, which we’ve noticed in our offices too.

The increase in transaction numbers is particularly striking as they reflect sales which were agreed mainly in September and October.

If they are like this now, numbers are set to be even stronger as we approach the peak spring-buying season.” 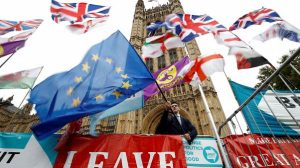 Estate agents and property listing sites Rightmove and Zoopla have reported an increase in activity after the election, although agents have warned sellers against getting overconfident and hiking prices.

“While overall economic growth ground to a halt in the final three months of 2019.Labour market conditions remained buoyant and borrowing costs low.

The decisive election outcome may have provided a boost to buyer sentiment.”

“Recent data releases indicate that the housing market has gathered momentum in recent months and the latest house price figures are in line with that trend. “

The number of residential property transactions and mortgages approved for house purchase increased around the turn of the year. Also, surveyors have reported an increase in new buyer enquiries.

Looking ahead, economic developments will remain the key driver of housing market trends and house prices.

However, he warned that there were “still significant uncertainties that threaten to exert a drag on the economy in the coming quarters”.

These include the coronavirus outbreak, which is expected to hit global activity this year.

“Overall, we expect the UK economy to continue to expand at a modest pace in 2020,” he said.

“It’s been a robust February and the market has continued to stage a recovery having left past political dramas behind it.”

However, another peril(coronavirus) now threatens this rise in activity has thrown all that into doubt.”

Property market analysts suspect that the UK housing may get further boost in future due to reduced uncertainties. Moreover, they need to remain cautious over housing market prospects over the whole of 2020.

Asim Zubair has studied Economics and Management and currently working as a freelance writer and runs an outsourcing firm.